Due to the herculean efforts of BWCAA member Marcia Overly and her family, British White cattle made their first appearance ever as a stand-alone breed at the 2018 Arizona National Livestock Show held in Phoenix December 27- 31, 2018. Over 40 animals were entered in show competition from surrounding states and from as far away as Oklahoma. 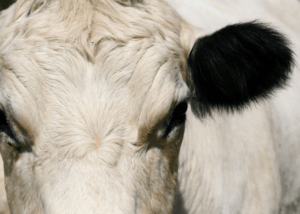